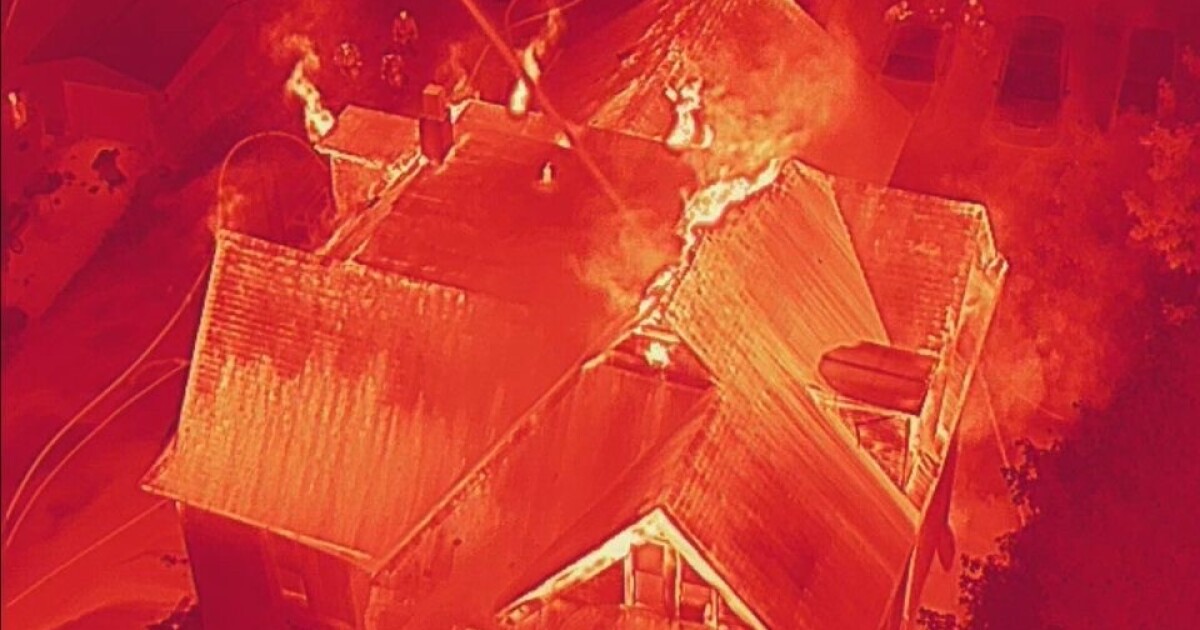 The Bloomington Fire Department has been on a new program using drones to fight fires for about six months. Fire Department spokesman Eric Davison said officials have already had good results responding to structural fires and hazardous materials calls.

The drones are fitted with a high-resolution thermal camera that allows them to see thermal signatures, helping to pinpoint where the fire is in a building, he said, adding that he can also identify them. threats to the BFD Hazardous Materials Protection Team.

â€œDuring the hazardous materials call, we were able to see which containers still had liquid in it, and which did not,â€ Davison said. â€œYou can actually see the line. It’s not necessarily just telling you what’s hot or what’s cold, it tells you the temperature differences. The chemical in it was showing white to white. inside of a 50 gallon plastic drum, and everything on top was black.

He said the drone was thrown into a semi-trailer to see the containers and those that had started to bleed or leak phosphoric acid, which was used to clean dairy machines. This avoided the need to bring firefighters in hazmat suits into a risk area inside and outside the crash trailer.

â€œWe sent some guys down on the low end with pH paper just on a stick, and they can kind of hold it and find out where (the) acid levels are. I was able to just see this from the sky in a safe place and watch this pH paper change. So we were able to define hot and cold areas and hazardous material, just by zooming in 200 feet away, â€Davison said.

He also said that the drone can save hours as dangerous situations develop very slowly.

â€œIt probably paid off on its own there, just based on the overtime, the people and the workforce. If we have a lot of people dedicated to this scene, we may need to call in some people on leave to liven up the city. It’s just a trickle down effect that can keep taking more and more resources and it’s really limited a lot, â€Davison said.

In a structural fire. A drone flying overhead can help the battalion commander see where his units are.

â€œOften there is so much smoke that you are not able to see where all your flow is going from the outside. And I was able, with this thermal imager, to go around and show different people where their hose jets were effective and where they were not, â€Davison said.

He said it can be pretty specific.

â€œEven 200 feet in the air, I was able to zoom in up to eight times and show people almost exactly where they are hitting,â€ Davison said, adding that the department had used drones on three structure fires so far. here. He said they are still getting used to regulations such as altitude limits near the airport. Drones can also take a long time to deploy and will not be useful in all situations.

The departments also use drones for search and rescue.

â€œWith this thermal imager we can see the temperature differences. If someone was missing, say in a cornfield, we could fly over that cornfield, and someone is going to appear as a Christmas tree, and we could locate them right away. Instead of doing grids back and forth, we can fly over the stage, â€Davison said.

Fire departments around the world are rapidly adopting the technology. BFD drones have a limit of around 20 minutes in the station. Drones with more powerful batteries can take off from the fire station when the call arrives and fly to the scene for immediate recognition. Illinois is launching a certification program for fire departments’ drones, Davison said. Yet it is still a developing technology.

“I mean, pun intended, the sky’s the limit, isn’t it?” I’ve seen videos of a few demos (and) there’s even one in Japan that’s almost the size of a small helicopter. It can squirt water. It can even shoot a chemical agent directly into the window for up to 30e floor and put a fire extinguisher directly in the window, â€Davison said.

The Bloomington Fire Department has two drones and four pilots, one per shift. Their drones cost between $ 1,500 and $ 2,000 apiece, and a thermal camera costs an additional $ 5,000.

Davison also predicts greater use of captive drones tied to the ground with a wire which will create unlimited battery life.

â€œI think in the next 10 years we’re going to see some pretty amazing things come out,â€ he said.