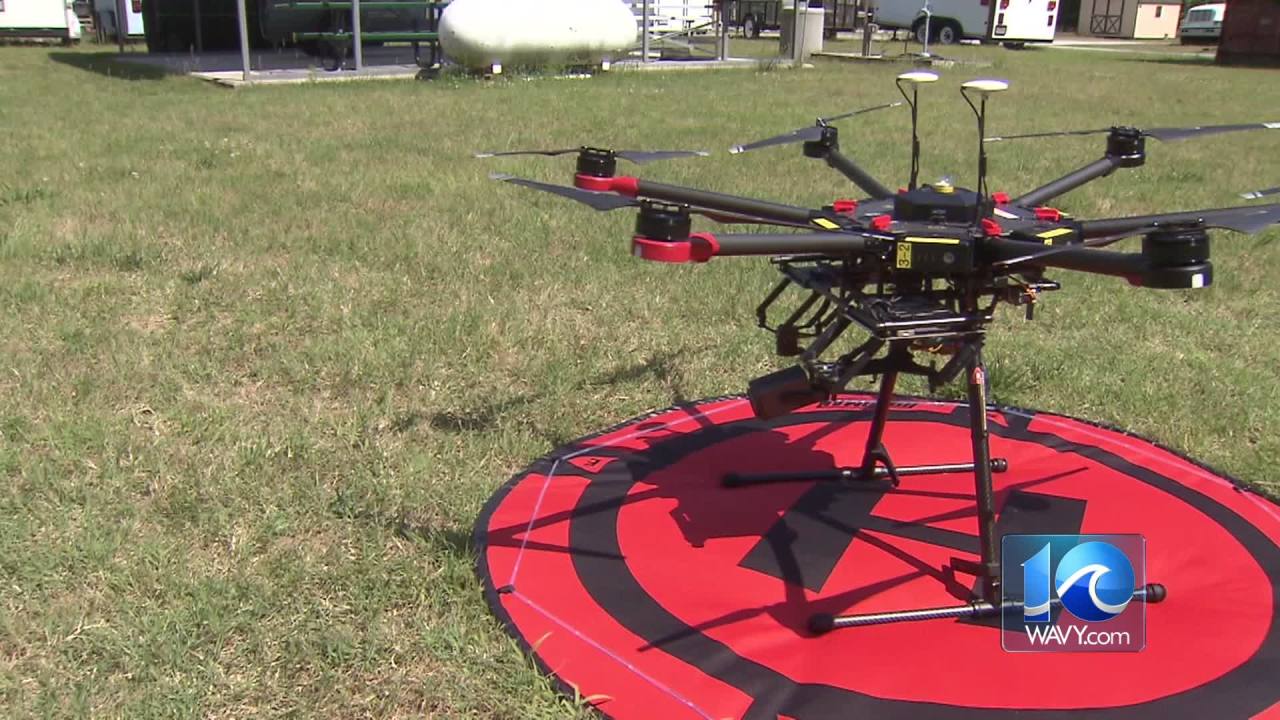 In York County, a small fleet of drones assist with surveillance, rescue, night searches, and even HAZMAT situations.

â€œWe started around February and March 2016,â€ said Deputy Fire Chief Chris Sadler. “There weren’t many public safety agencies in the country that were even considering the use of drones.”

So Sadler and his team of two drones and a deputy were to become, as he likes to call it, the tip of the spear.

â€œLook at where we are now, what we’re doing with drones,â€ Sadler said. â€œAvoiding having to endanger a firefighter or law enforcement officer is remarkable. ”

When the roof of Thomas Nelson Community College collapsed earlier this year, no one had to take on the risky task of assessing the damage and investigating the cause.

â€œWe were able to get one of our drones and fly over and inside the building and fly to a lot of areas that you had to see,â€ Sadler said.

As in this situation in Hampton, communities across the Commonwealth can call on the York County Drone Team, which is a state asset and largely funded by state and federal grants, Sadler said.

The team is, however, known far beyond the borders of Virginia.

As Sadler prepares to retire, he is confident that what he has built will continue to soar.

â€œEverything I do, I want it to be done the best that I can,â€ he said. “It’s tweaking a lot of what we do to make ourselves even better.”