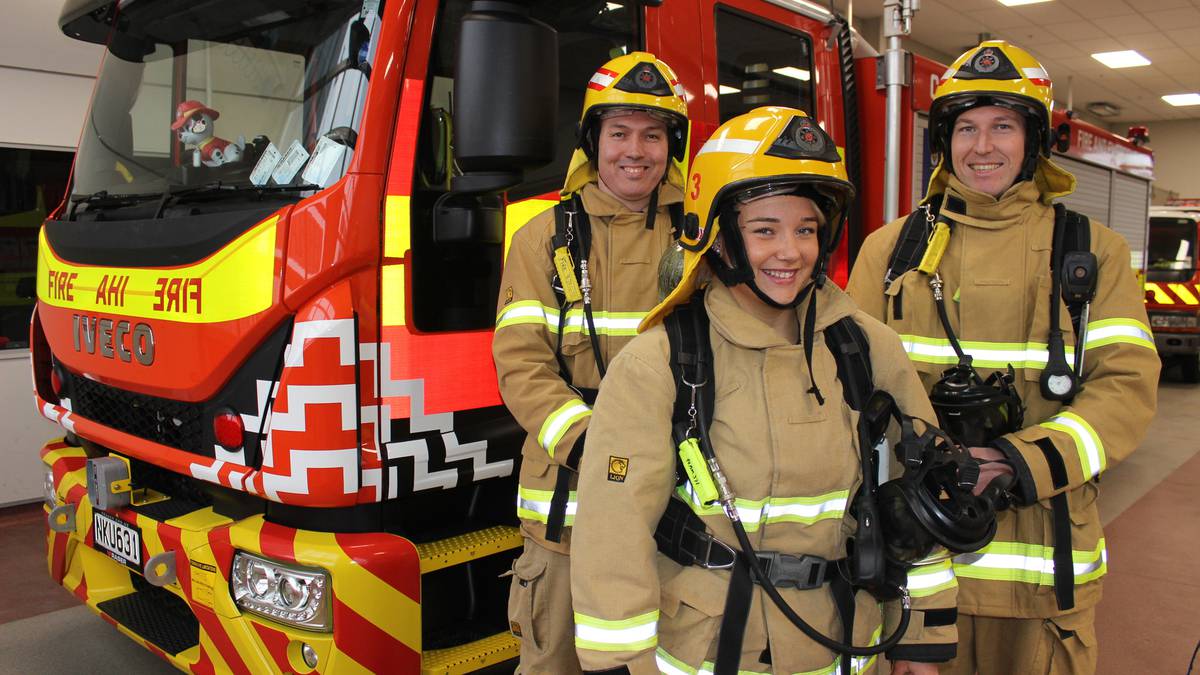 Four firefighters from the Paraparaumu Volunteer Fire Brigade are on their way to the disaster area.

Their legs and lungs will burn, sweat will drip from them, and faces will grimace, but the foursome’s pain will eventually turn into smiles.

The aim of this grueling challenge is to raise funds and awareness for leukemia and blood cancer in New Zealand.

Firefighters, in full firefighting kit weighing around 25kg, from across the country will climb 51 flights of stairs, equivalent to 1,103 steps, into the 328m tall Sky Tower in Auckland on Saturday August 20 .

The participants are timed, which adds to the pressure and also triggers a bit of team rivalry.

Matt has taken the challenge once and Ricardo, three times, so know what to expect, but Roosje and Sara are heading into the unknown.

He advises beginners against the trap of doubling the first stages to get a fast time.

“It’s not a good idea,” he advises rookie Roosje, who is eager to give it a shot.

“You don’t double for the first two floors and then you’ll be done.”

But Roosje thinks she’ll put that advice to the test.

“I do quite a bit of cardio anyway, but I did more going up the Nikau Palm Reserve walkway in Paraparaumu, which definitely helps but quite hard on the legs.”

While the goal was to “just finish it”, she would like to “beat one of these guys”, she cheekily added.

“It’s not going to be difficult,” said a tongue-in-cheek Ricardo, who is now in the master class; the others are in open class.

Each member of the team trains regularly, with Matt’s preparation including gym workouts as well as a diet to shed a few pounds.

He also participated in a 40-minute high-intensity workout at Strive2bfit in full gear without an oxygen tank.

Both men gave insight into what it’s like to reach the 51st floor and finish.

“When you get to the top, there’s a feeling of elation and you want to do it again next year,” Ricardo said.

Matt said: “It’s really good to get to the top and have that sense of accomplishment, but also the fundraising side.”

Roosje said the challenge was “really cool and it’s also a great cause we’re raising money for,” not to mention meeting people, whether volunteers or career firefighters, who “have worked toward the same common objective”.

And for Sara, the challenge was close to her heart.

“It’s quite personal for me to have lost my uncle and aunt to cancer and to be able to follow in the footsteps of my father who has done this climb about seven times.

“It will definitely be a big mental challenge to get to the top, but overall I feel really thrilled to have the opportunity to be part of this.”

The team had an initial fundraising goal of $1,500, but have exceeded it – with over $3,000 raised so far, which is impressive considering all the Covid-19 disruptions that have made moves like shaking the bucket slower than normal.

There have been a series of fundraisers, including the team helping with catering at a Brigade member’s wedding, which led to a donation.