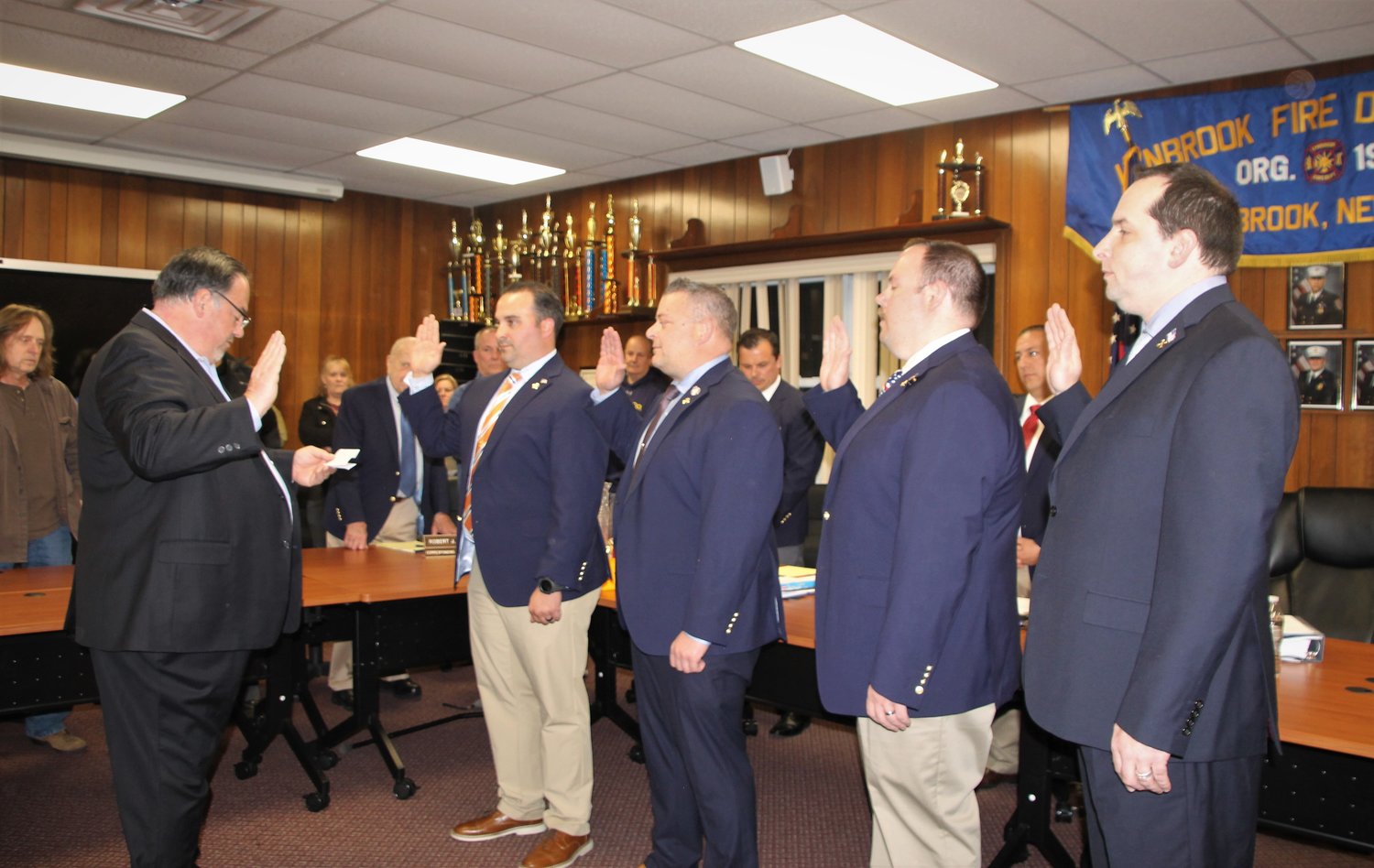 Kelly has been a 17-year member of Engine Company 1 on Carpenter Avenue. He served two terms as captain of Engine Company before seeking a higher position. He also served on the department’s training committee, teaching members different firefighting methods and techniques. Additionally, he was a member of the Tumblers Old Fashion Drill racing team.

For the past three years, Kelly has served as deputy chief and this month was elected by fellow firefighters to lead the department of 220 volunteer men and women for 2022-23.

Kelly is the 102nd chief of the Lynbrook Fire Department.

The outgoing leader, John Donald, of Truck Company, has completed his term. Donald will now have his photo placed on the wall of the fire headquarters along with the photos of all the former chiefs.

After the swearing in, a bottle of champagne was opened and Hawxhurst and the Chiefs toasted a safe year ahead. Kelly congratulated outgoing Chief Donald on his successful and productive tenure as Chief and thanked him for his guidance and friendship. He also congratulated the newly elected Deputy Chiefs with whom he will work.

Kelly then swore in the officers of the five fire companies, the emergency medical company and the Floodlight unit. Village administrator John Giordano then swore in the Wardens, who represent businesses on the Fire Council.

The department’s ladies’ auxiliary then presented Kelly with a new gavel to use at departmental council meetings.

Kelly is a 17-year veteran of the NYPD. He is a detective assigned to the Arson and Explosives Squad.

Kelly has been married to his wife, Allison, for 13 years and they have three children, Taylor, 12, Ryan, 9, and Skylar, 5. In addition to investigating crimes in New York and fighting fires in Lynbrook, Kelly volunteers in other community organizations, including coaching her sons in football and lacrosse for the Lynbrook Titans.

“It is first and foremost an honor and a privilege to serve the people of Lynbrook as Chief of the Lynbrook Volunteer Fire Department,” said Kelly, “but more importantly to lead the brave men and women of this department who are always proud and ready to serve our residents 24 hours a day, seven days a week.”