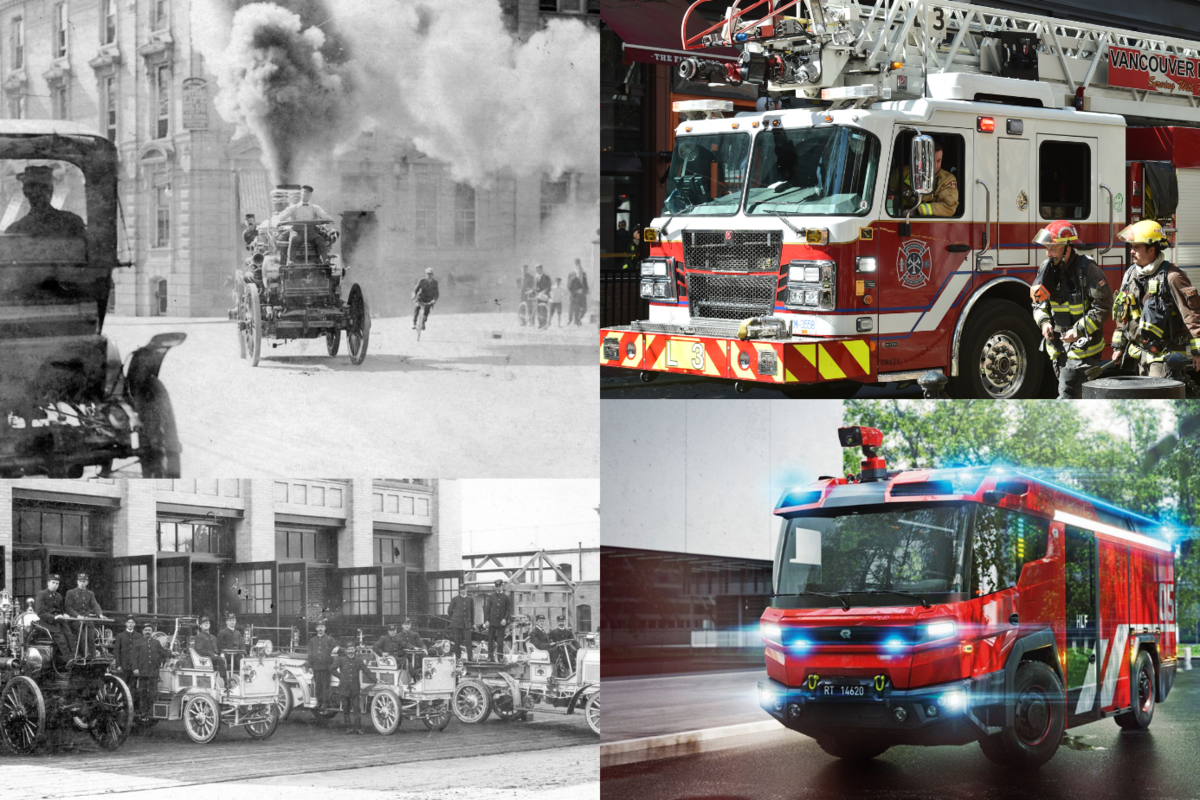 5 things you didn’t know about the Vancouver Fire Department

Firefighting has long been an important part of Vancouver.

Just months after the city was founded, the Great Vancouver Fire swept through the city, killing at least 21 people. At the time, the town only had a volunteer-run fire department and a single horse-drawn buggy, but the blaze spurred the town to take more action. The first fire truck was purchased by the city a week later.

Today, the Vancouver Fire Rescue Service (VFRS) is a well-trained team of professionals ready to rescue people from burning buildings, deal with medical emergencies and more.

Here are five things you probably didn’t know about these crews and their history.

1. It was probably first mechanized in North America

The Vancouver Fire Department, as it was known at the time, is believed to have been the first motorized fire department in Canada, and likely North America, says VFRS spokesman Matthew Trudeau ( although he notes that there are no official statistics from the time).

The city purchased its first (and one of the very first) motorized fire engines in 1908; within a short time, the department was ranked third in the world.

Within a decade, the firefighters’ horses were put out to pasture as all halls were fully motorized. This actually led to successful strike action by the Vancouver Firefighters Union (the first union of its kind in Canada) and firefighters were granted one day off in four. The union became one of the founding members (and the only Canadian) of the International Association of Fire Fighters (IAFF).

The mechanized fleet consisted of 23 vehicles.

2. It will be one of the first cities in the world with an electric fire truck

Scheduled for later this year (entry into service in 2023), Vancouver is getting a Rosenbauer RT, a far cry from the steam-powered vehicles used 110 years ago.

So far only a few have been made; Berlin, Amsterdam and Dubai each have one, and Los Angeles is launching theirs now.

In addition to its electric powertrain, it has a variety of other features that firefighters are thrilled about, including improved maneuverability (it has four-wheel steering, which means it can move diagonally), improved speed and no diesel fumes (which is bad for the health of firefighters).

It also has a function that allows it to lower itself; a common firefighter injury is a sprained ankle while exiting a fire truck.

3. Vancouver has the two busiest fire stations in Canada

While it’s no surprise that Vancouver has the busiest fire station in Canada, it actually has the first two. These are Fire Stations No. 8 (at Hamilton and Smithe) and No. 2 (at Powell and Main).

To that end, Vancouver firefighters are 2 to 2.5 times busier than the average Canadian firefighter.

4. Fires have increased by 91% in just a few years

While medical calls certainly play a big role in keeping Vancouver fire crews busy, the number of fires they respond to is increasing as much as anything.

“There are simply more fires causing damage than 6 years ago. We have almost 10 fires a day in Vancouver causing damage,” Trudeau said in an email to Vancouver is great.

5. A Coast Guard dock and two boats burned while the city was without a fireboat

Thanks to fighting between the City of Vancouver and other municipalities, and despite decades of fireboats patrolling the shore, there have been a few years without fireboats in Vancouver. An unusual situation for a city the size of Vancouver with a lot of waterfront.

Vancouver actually sold a working fireboat to San Francisco in 1989. It didn’t take long for that decision to look bad.

The dispute ended when the Coast Guard base at Kitsilano suffered a devastating fire and there was no fireboat nearby to deal with it. This 1991 American show shows fire.

Vancouver may be the only city in the country, perhaps further, with a library and a fire station combined. Fire Station 4 and the Vancouver Public Library Fire Station Branch share a building in Fairview on West 10 Avenue.

Both are public institutions, but since fire stations can be noisy places with fast-moving vehicles and libraries tend not to be one of those things, it’s a combination we don’t can’t find any other examples.

with files by Alanna Kelly