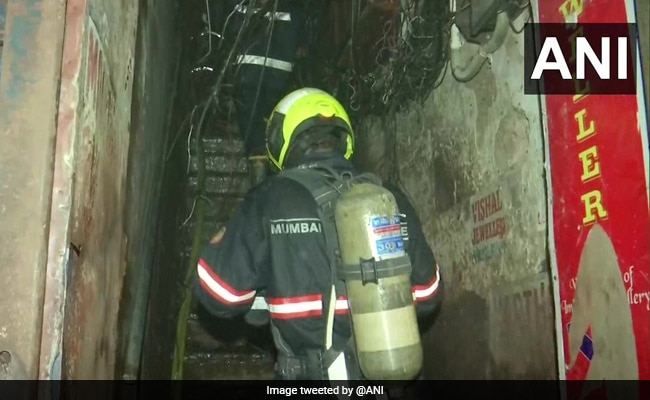 30 hours later, the fire fighting is still underway at the Mumbai market

Firefighters were on site and efforts were still underway to extinguish the flames.

A fire that broke out more than 24 hours ago in a commercial building in a cutlery market in Mumbai has yet to be brought under control even as two people were injured as they put out the flames, said officials announced Monday.

The blaze erupted around 4:30 p.m. Sunday in the more than three-story structure, located near the Juma Mosque in southern Mumbai, but the fire-fighting operation continued even after 30 p.m., officials said on Monday. responsible.

It was initially labeled a “level 3” (major) fire, but was later escalated to “level 4” ((massive), officials said.

Seventeen fire engines, as many large tankers as well as three rotating ladders and an ambulance were involved in the operation, they said.

Firefighters were on site and efforts were still underway to extinguish the flames, a fire official said, adding that the area was shrouded in a thick layer of smoke.

During the operation, two firefighters were injured and were rushed to the nearby government-run JJ hospital, he said.

Both were then released from the hospital, the official said.

The cause of the fire has not yet been determined, he said.

According to another firefighter official, as the building has rooms for clothes, cutlery and chemicals, thick smoke was emerging, which made it difficult to extinguish hell.

The official said that this is probably the first time after the 2012 fire in Mantralaya (State Secretariat) that a firefighting operation has been going on for so long in the metropolis.

(This story was not edited by NDTV staff and is auto-generated from a syndicated feed.)